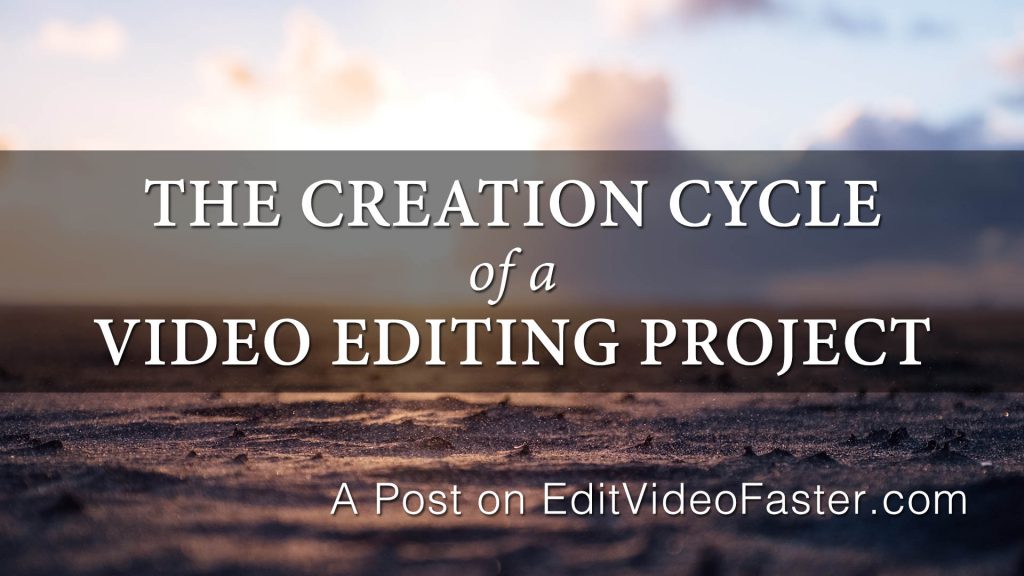 For just about every video I edit I go through the exact same routine. In this post I’m going to explain what that process is.

I could write about pre-production for hours but I’m going to start from after the footage is shot and we’re in post. Let’s get into it!

This is the first phase in the creation cycle of a video editing project. But before I begin what many would call “the actual editing” of a video there’s a lot that takes place. The time you spend right now in this phase will reap more benefits than time spent in any other phase. You will in all likelihood edit video faster with more time spent working on the tasks in this phase. It’s kinda like pre-production but you’re already in post.

Read over any notes you have from the client/producer/director/whoever on the goals, audience, specifics, branding guidelines, must-haves, must-have nots, etc. of the video. Alternatively if possible you should talk to the client/producer to go over these details again. Things change during production and sometimes you’re left out of the loop. Tackle any possible surprises ASAP!

~90% of my work is off of a script. I read the script front to back to remind myself of everything the project entails. If there’s a shot list that goes along with the script I review this as well. As I read through the script I note any time I need something other than footage. More on this directly below.

Since most of my work comes in the form of training courses or marketing videos I generally need more elements than just footage. Here are just a few examples:

Reach out to who you need to in order to get all these assets and/or gather them yourself.

Get the footage from the videographer/client/director/producer/whoever. I don’t do anything with it yet.

Create project in your NLE

I finally get to open my NLE at this point. Premiere, Media Composer, whatever… all the steps are the same. Don’t get too excited yet. There’s still have a long way to go before “editing” begins.

At this point I create all the folders and bins for the project. Here’s a tutorial on my folder and bin structure in Media Composer. It’s virtually the same in Premiere.

Now that the project in my NLE has the proper folder and bin structure I start importing in all the assets (minus the footage). Put everything you have in their correct places. Import any music, sound effects, title templates, graphics, lower thirds, animations, etc. that you know you need and that you have.

Now I import my footage. I choose to import and organize the footage after the other assets because there’s usually so much footage it’s overwhelming and I’d slack on organizing the assets because I’d just want to start editing. And the footage will be fresher in my mind this way. At this point spend some time, probably several hours, reviewing and cataloging each shot. I like to use Clip Colors, descriptions of each shot and re-organize the footage into “good”, “bad” and “maybe” bins. 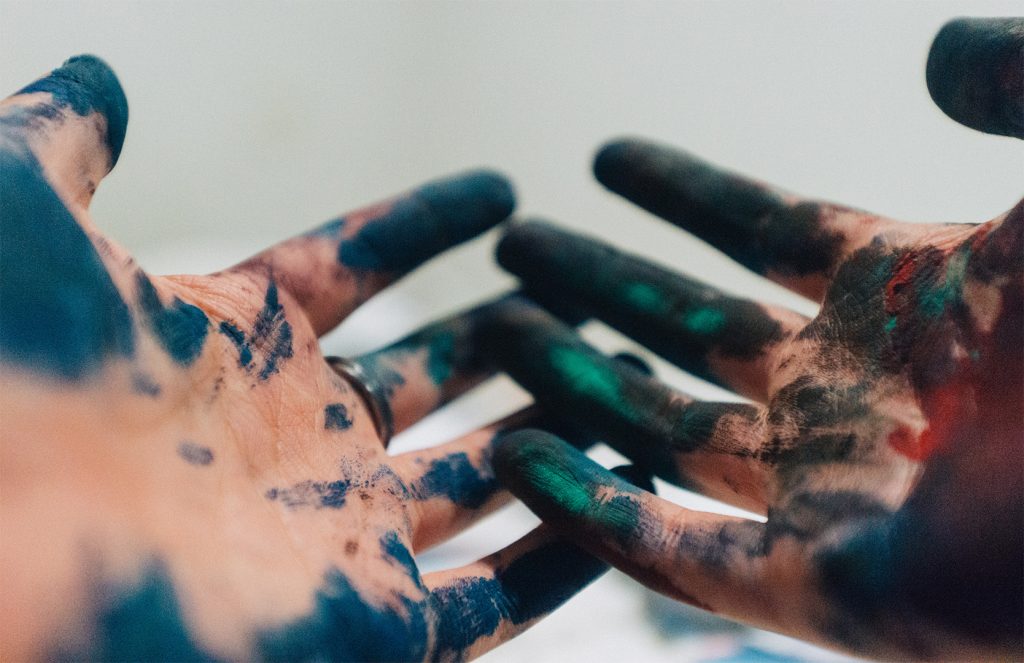 Now let’s get down to business.

Pretty self-explanatory. I open my sequences bin and create my sequence for the video.

I throw all the “good” footage onto the timeline. Since I already took the time to organize this it’s a simple drag and drop from the bin onto the timeline. I put everything on the far right of the timeline with ample space (10-30 minutes of blank space before the footage dump depending on the video usually). Then I start cutting.

I cut the heads and tails off of the “good” footage and start piecing them together of the left side of the sequence.

Next I throw all the “maybe” footage onto the timeline. And repeat the same process — cut off the heads and tails and add the shots that work to the “good” footage on the left side of the timeline.

This could take some time. I spend more time on my first cut than on the rest of the cuts put together.

After I think I’m at a good place, I watch my first cut alone. Then I alter and revise as needed.

Quick pass at the audio and color

I’m fairly certain this goes against common practice and what most people recommend. This is because you are going to have to do a real pass at the audio and color correction before shipping it off to the client and/or final output anyway so a lot of people think this is a waste of time (or at least this is what I believe people think).

However I find that doing a quick pass before anyone else looks at it to be extremely beneficial. I don’t spend a ton of time on it but I definitely do a rough balancing of the audio levels and get out as many “ums” and lip smacks as I can. The contrast and color balance are adjusted to any poorly lit or just weird-looking shots.

I find that when you do this the producer or director or whoever reviews your video first won’t be as critical of your work. They take it and take you more seriously. You can reiterate that it’s a rough cut all you want but it doesn’t matter — most of the time these people can’t see past surface-level flaws even though you know you’ll fix them. Take care of this stuff now if you can quickly and painlessly do it. 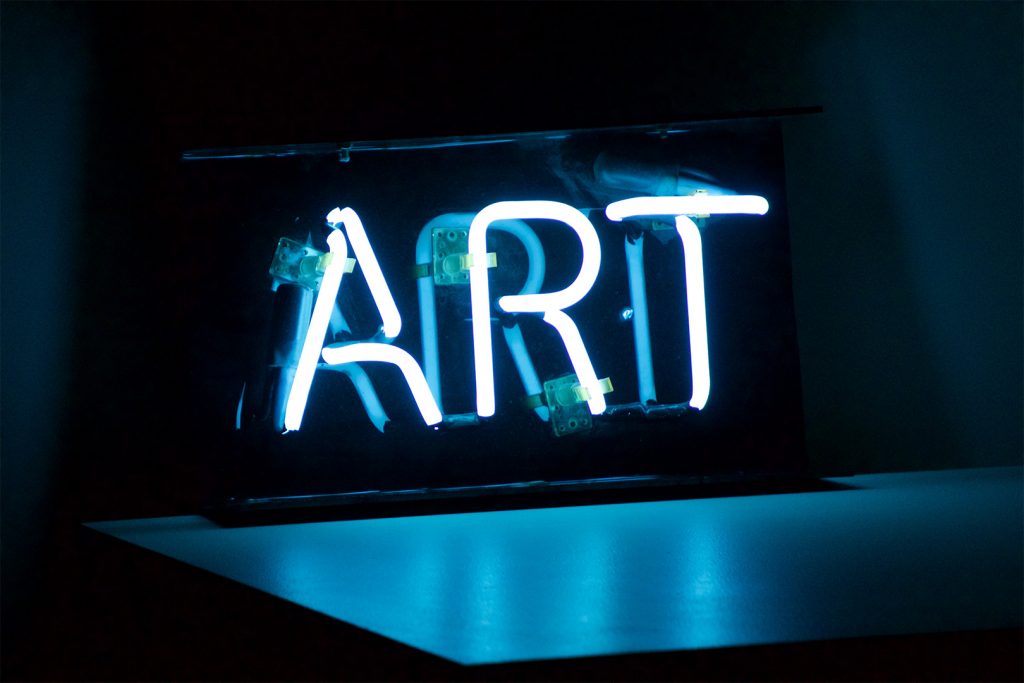 For a lot of what I do it goes to internal review first before going off to the client. This reviewer is generally the producer. The goal of this review is to make sure you’re on the right track and there are no glaring mistakes in the video.

Create a fine cut based on the internal review

Next I fix anything the internal reviewer found then I go through and make my video “pretty”. I tighten up any transitions. If I was questioning a shot choice I finally make a decision and know that I have to be confident in my choice. When the producer or client asks, “is there a better shot for this?” I can say, “yes” with confidence. I then go through the audio with the headphones on and make sure all the levels are balanced. Color correction comes next. At this point the video should look pretty darn good.

The internal reviewer does a quick quality check to make sure there isn’t anything disastrously wrong with the video like offline media, misspellings, etc.

Ship it off to the client!

Time to crack a cold one. This is a huge milestone in a project. I create a new folder on my Screenlight account, upload the video and create a link for the producer to send to the client.

Go through the client’s feedback

Hopefully the client’s vision is being realized and feedback is minimal. Occasionally the video will be way off base but more times than not you’re on the right path. I put a marker on the timeline for every comment they have. Then I go through and make the fixes.

I sit with the producer and show them the changes I made to the video and get their thumbs up.

I update the video on Screenlight and inform the producer. Then cross my fingers we’re good. 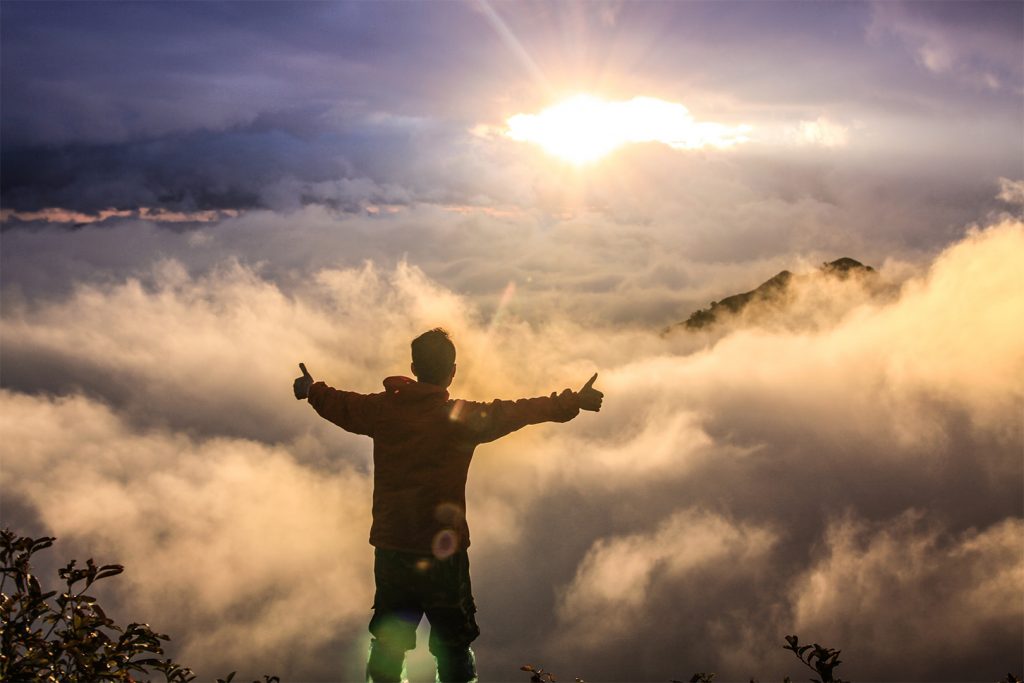 This is the last stage of the creation cycle of a video editing project. Once I get the thumbs up from the client I create the final video export. After the file is created I send it off to the proper people. Then crack another cold one. That’s it! I’m done! Onto the next project…

Putting Together The Creation Cycle of a Video Editing Project

I consider this whole process from start-to-end “editing”. Editing is so much more than selecting shots and choosing which wipe to use. It involves reviewing client notes, organizing footage, finding stock music, tracking changes with markers and so much more.

This creation cycle is pretty much the same for every video editing project I work on. What do you do that differs? Let me know in the comments!

PS: If you’re new around here and want to be notified whenever I come out with a new post, podcast, video, newsletter, etc. you can go here to signup. No spam. Ever. Just the good stuff 👊🏼

4 thoughts on “The Creation Cycle of a Video Editing Project”