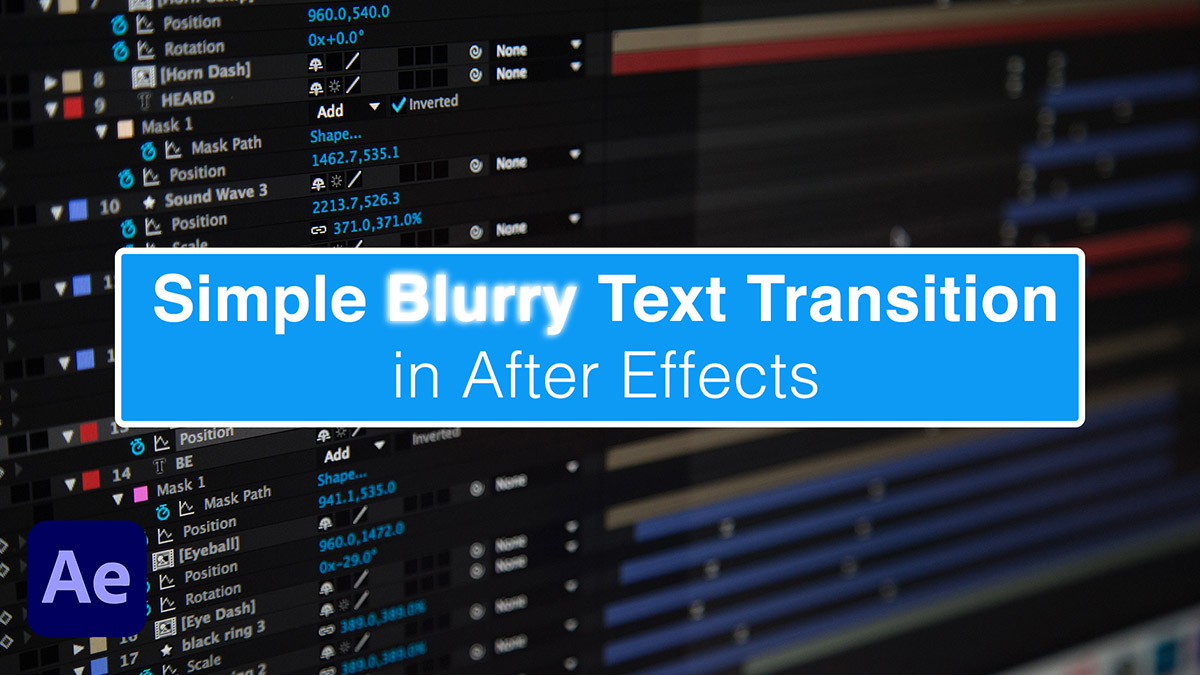 This tutorial is on how to create a blurry text transition in After Effects. Learn how to make this effect in under 3 minutes and in 2 steps.

In the video I started with a Comp open in After Effects where I’ll make the blurry text transition. The composition contains a text layer and a pre-comp which contains the background.

To create the blurry text background in After Effects start by selecting the text layer. Under the Effect menu find Blur & Sharpen then select Gaussian Blur. There’s a ton of different blurs and they’re all different so play around because you might like a different blur more than Gaussian. Alternatively instead of going to the Effect menu, you can find the Effects & Present Panel and start to type in Gaussian to find the effect.

Let’s add a bit more to the effect.

Do one last RAM Preview to see the final results of your blurry text transition in After Effects!

Additional Suggested Viewing: Create a Freeze Frame in After Effects

Did you enjoy this video? If so, I’d love to keep in touch. All you have to do is go here to stay in the loop on new blog posts, tutorials, and announcements.