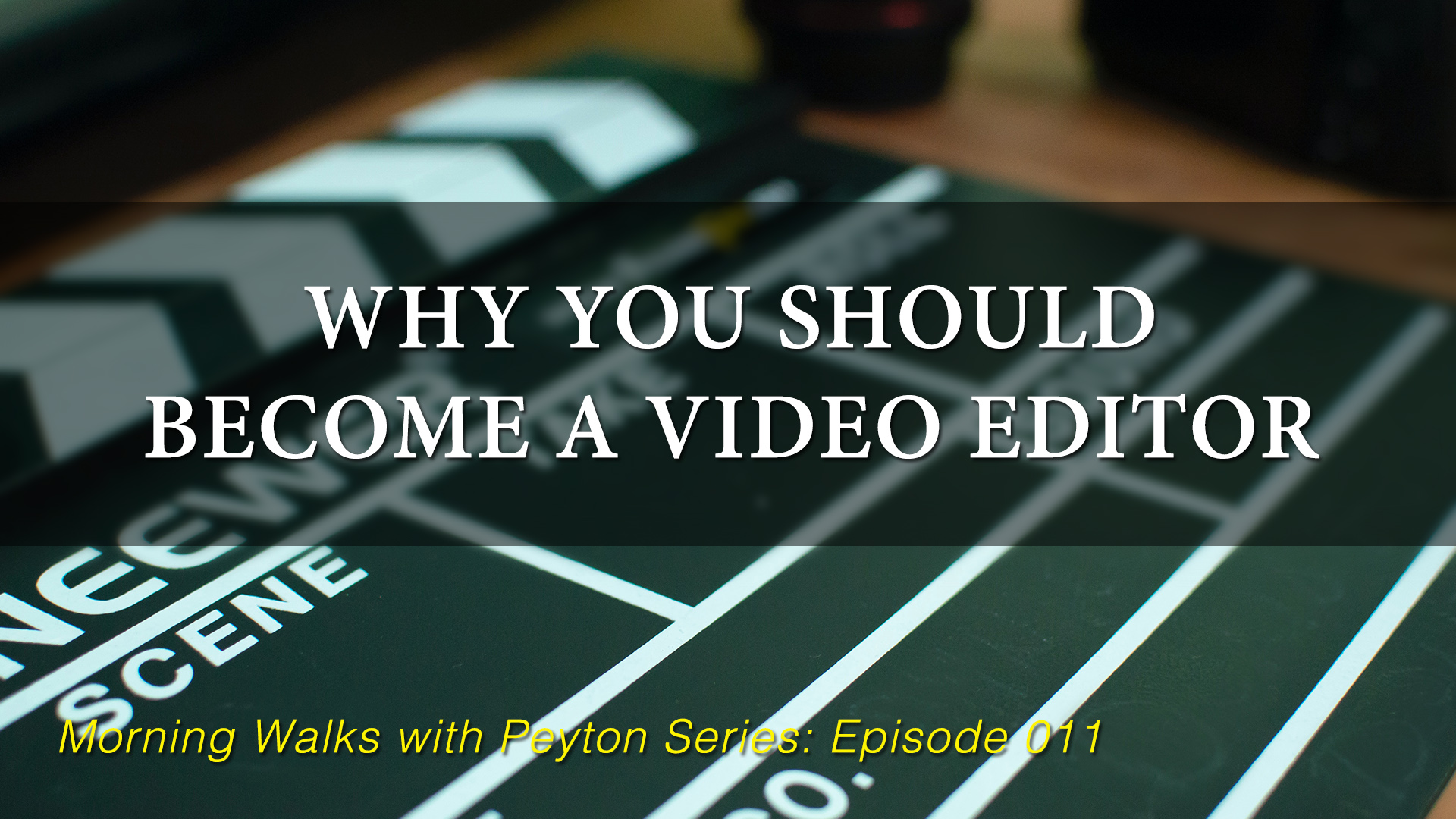 Recapping Why You Should Become a Video Editor

There are so many different jobs or careers you can go into in the video world. You can be a director, videographer, colorist, producer, set design, you can do the noses of Pixar characters… the list of pretty long. And you probably won’t have a good idea of what you want to do when you’re first starting out.

Why I Became a Video Editor

For me coming out of college, I thought there was no way I’d ever be an editor. I was keen on being a videographer. I liked being behind the camera. There was NO WAY I’d ever get in front of it… It’s crazy how some things change.

My first job, while getting hired to be a videographer, quickly morphed into a full-time video editing role. Something clicked for me and I really enjoyed sitting at the computer, isolated from the world because I’m an introvert, toiling away at digital legos.

Why Video Editors Know so Much About Creating Videos

Okay, back to why you should become a video editor. When you are a video editor you get to see how everything flows together to create the finished product. This will make you better if you transition into any other role in the video industry.

Enjoying this article? If so, I’d love to keep in touch. All you have to do is go here to stay in the loop on new blog posts, tutorials, and announcements.

You can see what happens when there’s bad lighting, or the camera operator doesn’t white balance, or the talent doesn’t know their lines, or you’re given bad notes from the shoot. When you’re the video editor you see all this. So when the time comes and you are the one taking down the notes from the shoot you’re going to know what to right down and you’re going to give the best darn notes an editor has ever received. This is because you were once a video video.

Okay, back to me. Now that I’m producing I’d like to think I do a pretty good job for my editors. One of the main things I focus on is getting them everything they need up front so when they start editing they can just edit. They aren’t handcuffed for days waiting on an asset from a client. If I hadn’t spent a decade in the edit bay then I probably wouldn’t realize what a pain that is and how much that slows down productivity.

Being a video editor will make you better at virtually any job in the video industry. If or when you want to segue into a different role, you’ll be prepared because of your experience as an editor.

What do you think? Do you agree? Disagree? Let me know in the comments!